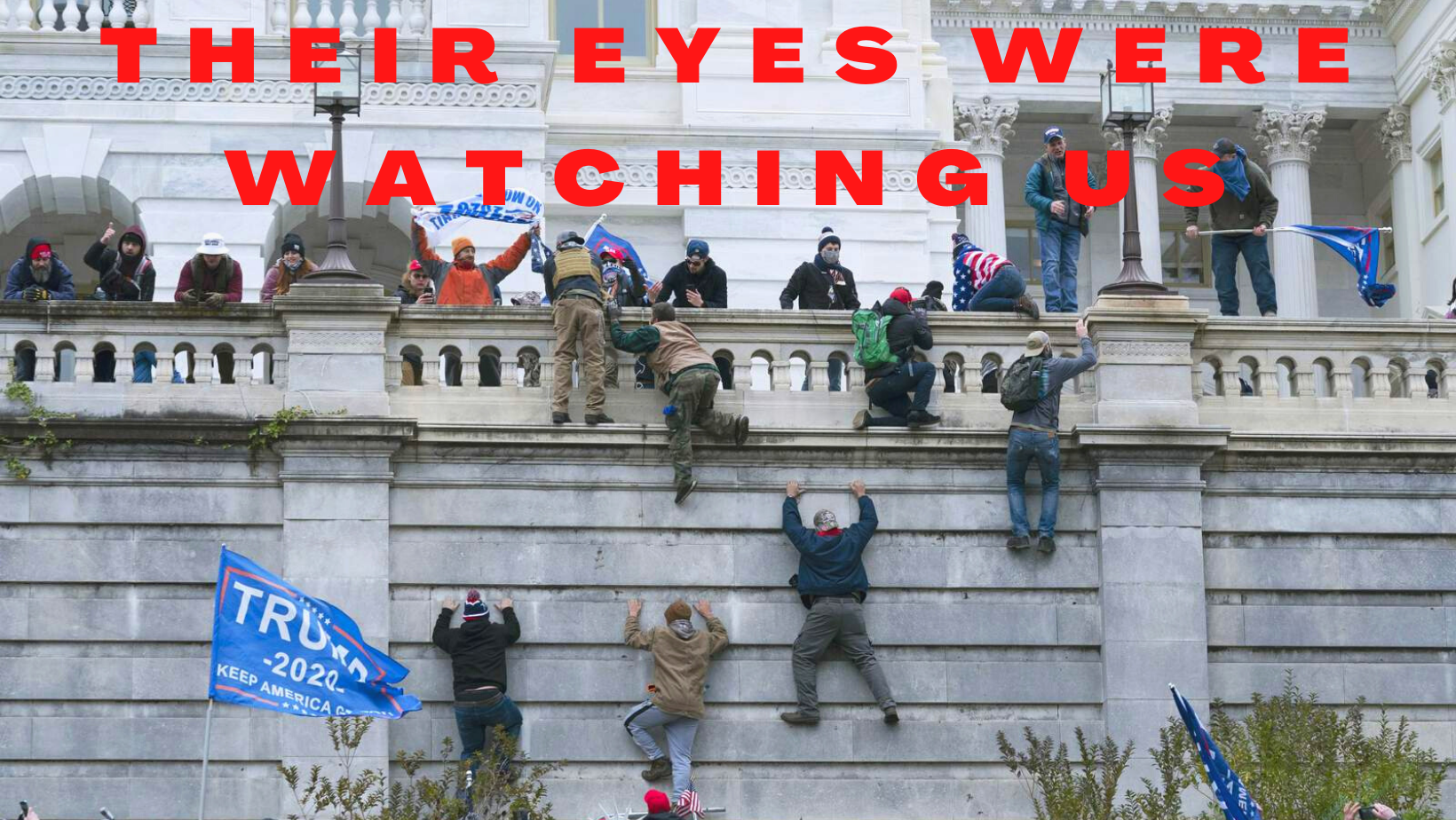 Hi there my beautiful lovelies! Hope you guys are doing well and staying safe. Today I want to discuss the day when the world’s eye was watching us. My friend, their eyes were watching us.

Their Eyes Were Watching Us:

The whole world has been watching us for years with respect, hope, and a nation they can rely on when needed. That is the country I grew up in and am proud of. If you have lived in a nation where democracy is scarce, you know what I am talking about. I was born in a country where children, dead people actually vote. At least that’s what is happening in the paper. Hence, when I hear our national leader and his party talk about voter fraud, I laugh. Trust me, voter fraud is real but not in the United States. In 2016, when Hillary Clinton, won the popular vote by 3 million and still there was a peaceful transfer of power. This is what our nation is about. Gust because something does not go my way does not mean the system is rigged.

We have been watching in horror what unfolded on Wednesday, January 6, 2021. I grew up in Washington DC and live not too far from the nation’s capital. I for one could not stop crying that day. Why? Perhaps it took me back to me being so close to the White House when a bunch of terrorists attacked our country on September 11, 2001. Yes, I’m talking about the day when international terrorists attacked our nation. Never have I thought that domestics terrorists stocked by the president and over 140 Republican congressional leaders to attack our nation’s capitol.

My friend, we don’t hesitate to blame the president for inciting violence against our democracy. However, he is not the only person to be blamed for the insurrection. Congressional leaders such as the top two Republicans in the House, Kevin McCarthy, and Steve Scalise, Ted Cruz, Josh Howley, and over 130 other republicans are responsible for this attack. The blood of the five people who died, along with the brave Capital Police is on their hands. These people should be held accountable for being implicit in the Capitol riots. My lovelies, the whole world is watching us including our enemies.

These politicians gave a platform to the vicious lies. They gave credibility to the big lie that the election can be overturned. Even after the attack on the Capitol, they continued to spew these lies. They should behold accountable, no matter which party they represent.

My friend, this week we witnessed social media taking the unprecedented steps of banning a nation’s leader from their platform. I always asked myself for years, how can certain people, like our politicians, and a few elites get away with so much in social media, when a layperson would be censored or even be banned. This week, I was finally was happy to see these platforms taking some action. However, I think it should extend to the rest of the first family, for stoking lies and violence, and all the enablers who were complicit. I am not going against one party or another, I am going against violence and those who incite violence. It does not matter what party you are if you hold the position of power, you should be held accountable for your words.

What scares me is watching Trump releasing a video, while the riot was happening, calling the terrorist, “We love you, you’re very special.” Trump mentioned in the video the false conspiracy theory that he actually won the 2020 election, saying, “I know your pain, I know you’re hurt. We had an election that was stolen from us. It was a landslide election and everyone knows it. Especially the other side. But you have to go home now. We have to have peace.” Seriously, the peaceful protestors of the Black Live Matter movement are mobs, but the domestic terrorists who attacked the Capitol and were chanting, “hand Mike Pence” are patriots? Give me a break. My friends, I do call those from the summer’s protest who looted and damaged properties as mobs, and so did Biden and the majority of the democratic leaders. I don’t support democratic leaders who use extreme rhetorics, no matter which party it is. There is no room for extremism.

After a 2017 White nationalist protest in Charlottesville, Virginia, led to violence against counter-protesters and one woman killed, Trump initially blamed “many sides” for the attacks over the course of that Saturday. Remaining silent on Sunday, Trump Monday condemned the White supremacists and neo-Nazis that took part in the rampage. In a press conference that Tuesday, Trump changed course again and cast equal blame on neo-Nazi and “alt-left” groups, adding, “You had a group on one side that was bad and you had a group on the other side that was also very violent. Nobody wants to say it, but I will say it right now.”

What the World Leaders Thing?

Ipsy: Sign Up to Get Curated Products to Your Door Step

FabFitFun: Get $10 Off Your First Subscription Box

Curateur: Get like quality curated products for affordable price

Cause Box: Get $10 Off Your First Subscription Box

Amazon Store: Check Out My Amazon Store Front with My Favorite Products

CAUSES CLOSE TO MY HEART

PLEASE DONATE DIRECTLY TO THE ORGANIZATIONS THROUGH MY FUNDRAISING LINKS:

America’s kids need us. The coronavirus is closing schools nationwide, and millions of vulnerable children are losing the school meals they depend on. For some, it’s the only food they’ll receive on a given day. We have a plan to feed kids, but we need your help today to continue our work to ensure every kid gets three meals a day. You can click above to donate to my gofundme page donation going directly to the organization, or you can click on the direct link to the site.

Help make sure all hungry Marylanders have reliable access to nutritious food when you join Sustainers Circle.

Your generous support will help me continue to bring contents to you.